Resettled refugees and other third country nationals who settle to one of the countries of European Union often have little knowledge of their new home. This puts great demands on refugees and migrants in their efforts to start a new life, realize one’s own potential and become members of a community. It also puts pressure and demands on local reception and integration actors, which particularly grow in the atmosphere of suspicion, distrust even straightforward hostility towards multiculturalism and interculturalism, as societal values. The intention of WELCOMM project is to develop informational and learning tools for third country nationals that are being relocated or resettled in one of the participating countries but also a practical tool for professionals, practitioners and activists who work in reception and integration of refugees in host countries.

To that purpose we have developed WELCOMM Socio-Cultural Orientation Training Curriculum and piloted it in four countries with 84 participants, most of them recently resettled refugees. 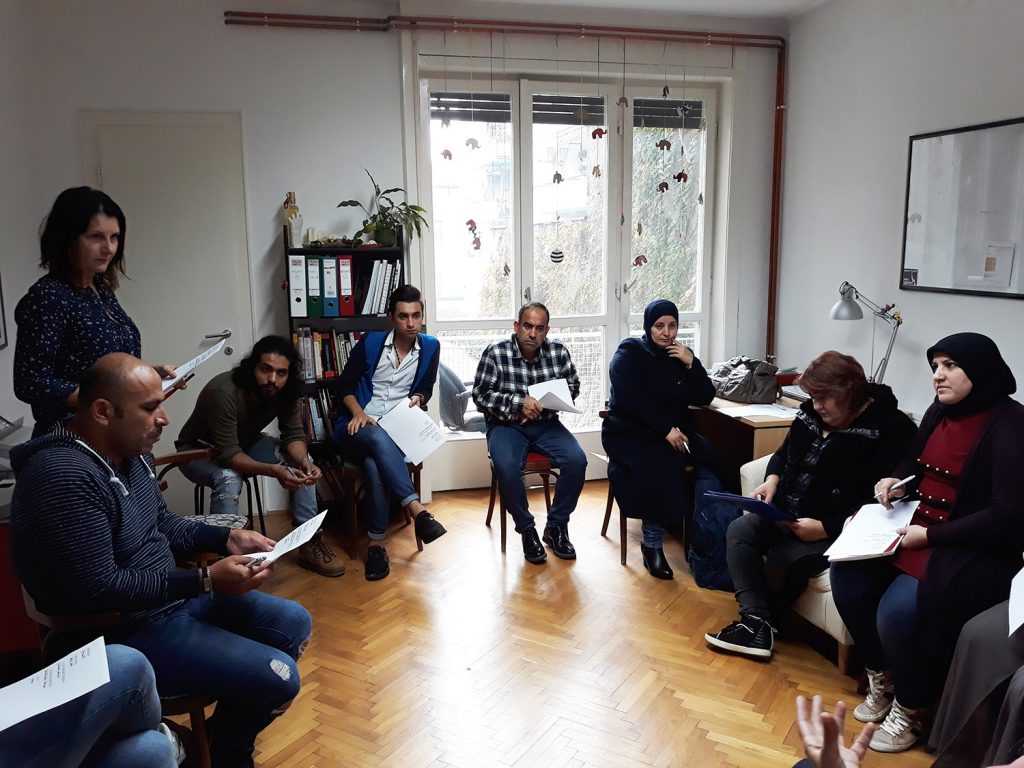 In Austria, the training took place in Vienna and Salzburg in December 2018 and February 2019. The trainees shaped a diverse group of nationals from Afghanistan, Iraq, Iran, and Syria. As the majority of the trainees were rather new in Austria, trainings were held in German with consecutive translation into Arabic and Farsi. The trainees showed great interest in the content of the training and benefitted from the comprehensive information they received. In particular, the information about employment and education possibilities were perceived as highly valuable.

In Slovenia, the piloting of Socio-cultural orientation training was carried out in October and November 2018. The trainings aimed at newly arrived refugees through resettlement and relocation programs. Two groups were formed, one in Maribor and the other in Velenje, including refugees from Syria, Eritrea and Sudan. 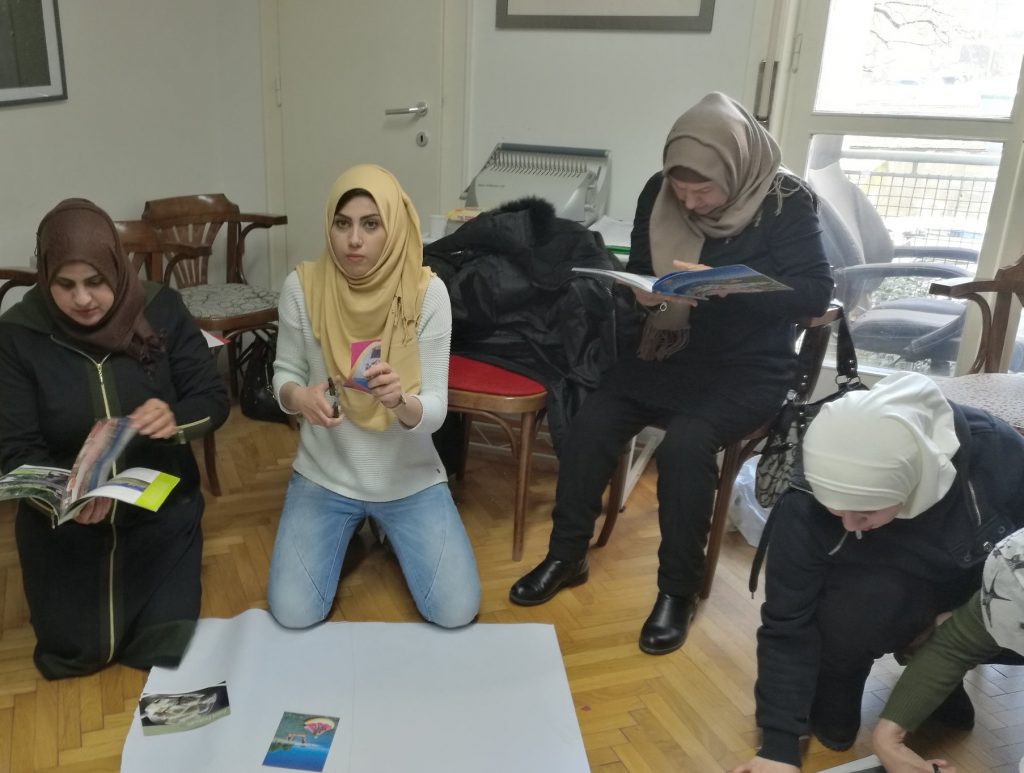 The workshops proved to be helpful, especially for the second group, where refugees were in Slovenia only for a month and weren’t as familiar with the new environment as the other one. They had a lot of additional questions and were very satisfied that they had the chance to get more information on living in Slovenia and the different systems.

In Italy, piloting of the Socio-Cultural Orientation Training was carried out in October and November 2018, with two groups of asylum seekers, recently arrived. In total 20 participants. Each cycle was consisted of five separate group meetings that lasted 180 minutes/3 hours each and one personal/small group meetings that lasted from 30 to 90 minutes depending on the size of the group and the ‘readiness’ of the participants in terms of the topic.

The population was chosen by communicating with reception centres. The countries of origins were: Tunisia, Libya, Morocco, Gambia and Nigeria in the 1st cycle, while in the 2nd the countries were a majority of Nigerians with Gambians, Malians and Ghanese.

The way the modules were structured aimed at giving a smooth and gradual immersion in what it means to live in Italy from different perspectives. This entailed first of all building the group that would have worked together during the following 4 meeting, addressing topics that went from more general and gradually became more complex and specific, going deep into themes that involve laws and regulations, such as education, employment, rights, health. The modules were grouped in pairs to concentrate the course in 5 meetings and avoid dispersion of participants, if it had lasted longer. 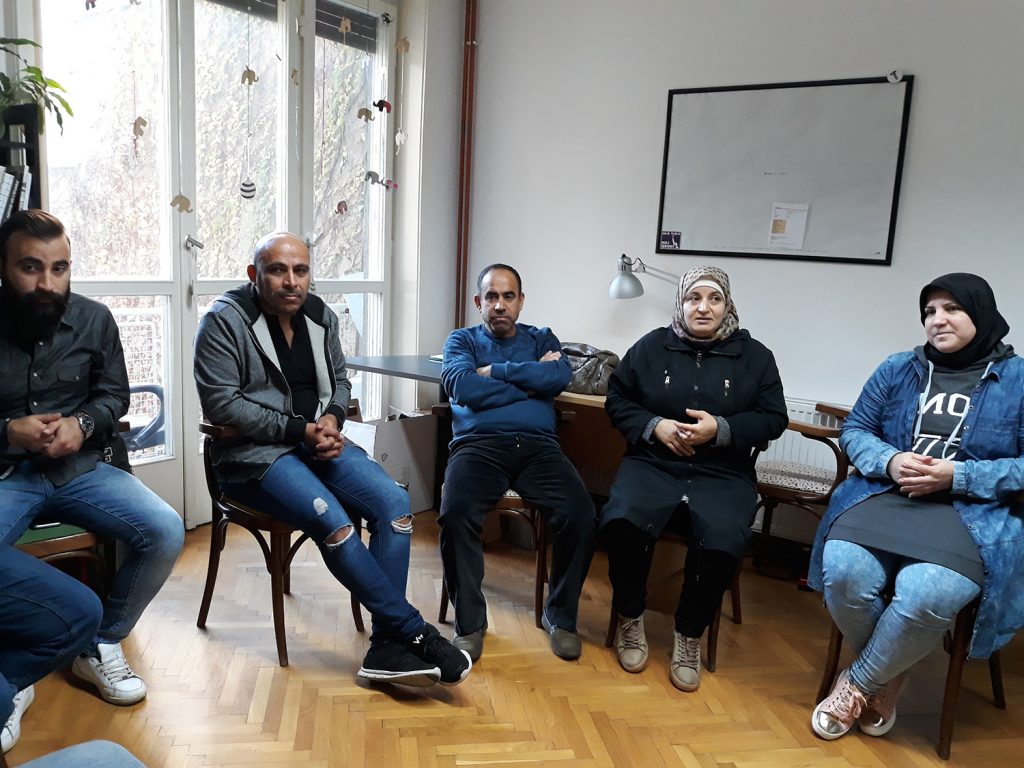 Developed Socio-Cultural Orientation Curriculum and Training Guidelines are intended for service providers, trainers and teachers who are engaged in reception and integration of newly arrived refugees and migrants in public, non-profit or private sector.

Follow the progress of our work in WELCOMM and stayed tuned with our activities and materials we will share with our Community.