Socio-cultural orientation course: When knowledge leads to awareness of the choices 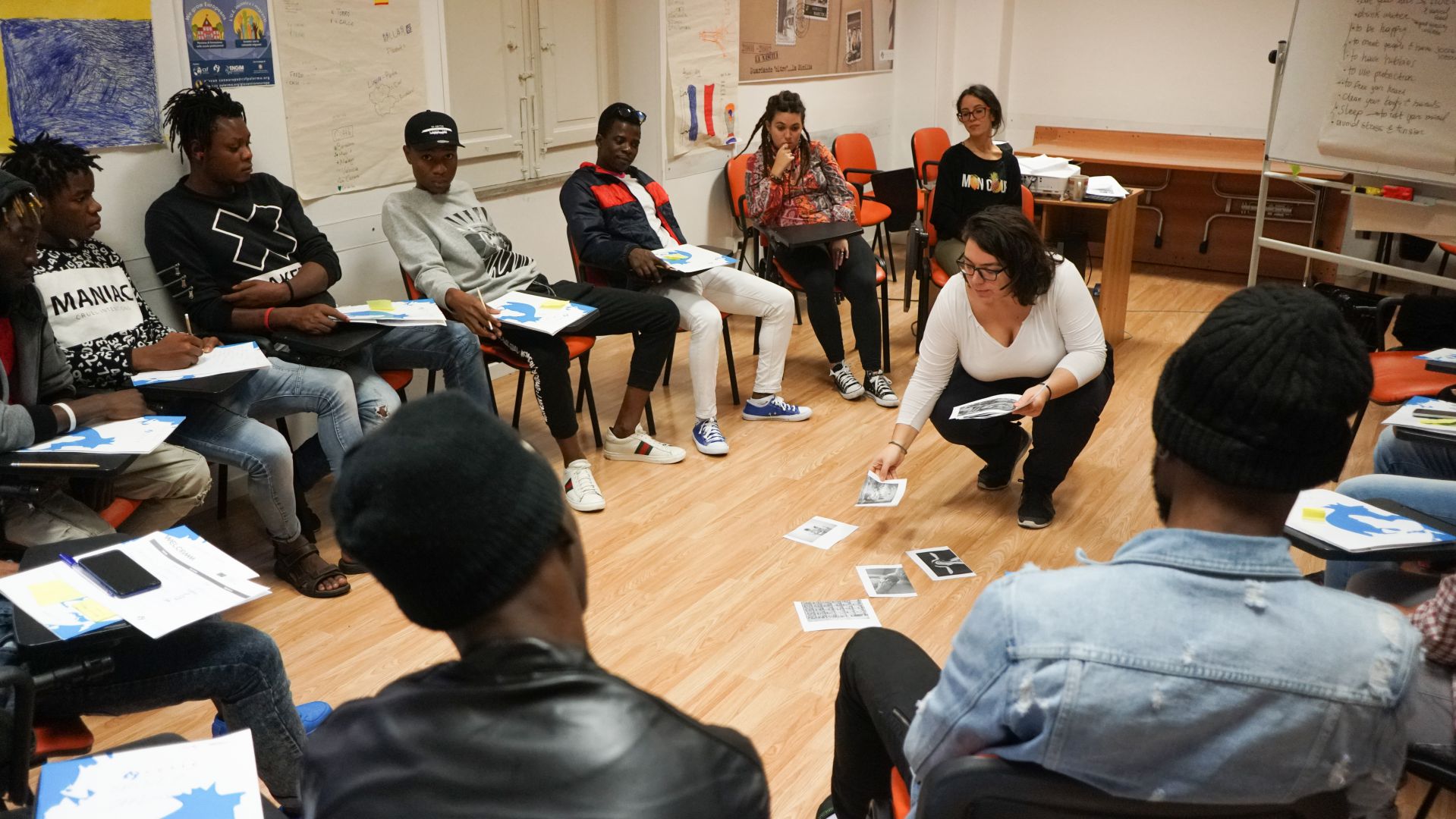 Is it possible to build welcoming and inclusive communities through awareness path?

WELCOMM envisaged a second cycle of the training course to be held in the morning to allow young asylum seekers attending afternoon classes to take part.

A new challenge was awaiting us: 12 boys and young men of different ages made up the group for the second cycle of our training course. They are mainly coming from Nigeria, while others from Gambia and Mali and are currently living in reception centres in the area of Palermo: some of the them in CAS (primary reception center), and others in a SPRAR (secondary reception center). Organised in 5 different meetings that took place from October 29 to November 9, the course  guided the participants through the discovery of different aspects of living in Italy. Dedicated to recently arrived asylum seekers, the course turned out to be highly relevant to and extremely informative for the boys, despite they have been residing in Italy already for some time. Living in a foreign country as an asylum seeker constitutes a challenge in itself, especially when this very condition in this precise historical moment represents an obstacle not only in claiming for one’s rights, but even in simply becoming aware of them.

The course was structured in 5 meetings instrumental in familiarising the boys with themes such as culture, rights and responsibilities, education, leisure, living in the community and neighbourhood, health, employment and finances. Being at different stages in the process of the asylum request, some of the participants have been living in Italy for as long as two years. The challenges they face in their daily life emerged at times during the class discussions, as they felt at ease in opening up and sharing about such experiences with their peers, while seeking new perspectives from the trainers. Despite the numerous challenges, our activities and discussions aimed at enhancing their understanding of what it means to live in a right-based context and how to claim for such rights, while raising awareness on the possibilities to access them.

During the course, an accompaniment was started for the participants to access the welcomm platform, a web tool developed by the European partnership involved in the project, which contains an infopack and a guide on the topics covered, thus allowing participants to further explore these aspects: https: / /welcomm-europe.eu/.

Certainly, the current reforms of the reception system in Italy are threatening the structure of protection previously in place. This is on the other hand strengthening significant efforts of civil society actors to counter the current political climate, creating a movement in support of those people who flee violence and abuse seeking a secure place to live, to rebuild their lives.

The training course provided within the framework of the WELCOMM project contributes to this greater goal, while attempting to make a difference in the life of young people who deserve opportunities for a better and secure future.