Training on intercultural sensitivity for diversity management. The conclusion of the two piloting experiences. 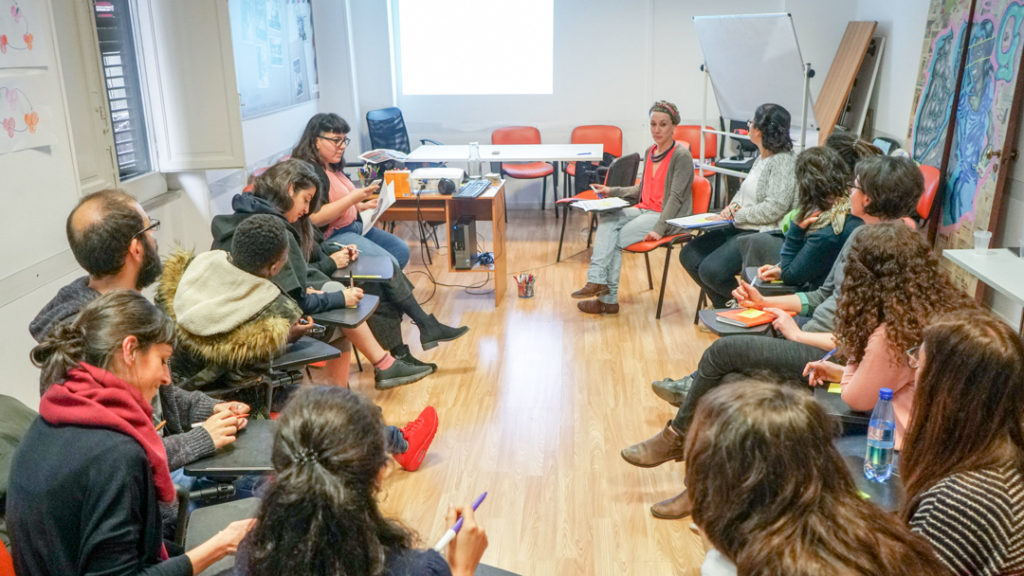 From March until June, two piloting training experiences on intercultural sensitivity for the management of diversity took place at CESIE, addressed to socio-assistential operators, psychologists, social workers,  public administrative assistants, activists and volunteers who interact on a daily basis with people of a migrant background.

However, why host such a training?

Within the partnership of  the project “WELCOMM”, funded by the AMIF program (Asylum, Migration and Integration Fund), organizations from Croatia (“Rehabilitation for Stress and Trauma” and “Center for Peace Studies”), Slovenia (Slovenska Filantropija), Austria (SUDWIND) and Italy (CESIE) have invested in a cross-European dialogue for the importance of intercultural competences. These competences have become a key for our personal and professional life as in our societies we tend to find ourselves dealing with people of different cultural backgrounds and multidimensional identities.

The challenge taken through a series of workshops was to intervene on the micro level for a potential transformation of the society, which is most of the time characterized by multiculturalism, to those of the intercultural society.

Actually, societies “are multicultural when they maintain a state of indifference or tolerance towards different cultures, while they become intercultural when they establish relations of interaction between the different realities present” (Garcea, 1996, p. 53).[1]

Investing in the training of these competences assists in the efficiency that various occupational sectors need, especially those where intercultural relations are maintained and updated. Moreover such training can assist at various paths of inclusion for people belonging to different cultural or social groups, such as those with a migrant background.

Together with the participants of the workshops, we went through several stages:

The discovery of different meanings of the concept around culture, which by its nature has multiple definitions, with a constant evolution over time, and on the consequences that these can have for the perception of the “other”, experiencing the possibility of distancing ourselves from them. We also became aware of our own reference systems, of how we perceive the other only partially, and of our prejudices and stereotypes.

Through theoretical inputs and the method of role-play following the method of Milton Bennett called the Development Model of Intercultural Sensitivity, we tried to identify the reactions that people have to cultural differences. This allowed us to understand that there are different stages between the refusal and the acceptance of the “other” regarding the sensibility to diversity, and that we can evolve from an ethnocentric to an ethnorelativ view.

Following the principles of non-violent communication by Marshall B. Rosenberg, we reflected on the communicative styles that connect us to the “other”, based on active listening, and instead those that could distance us from the “other”, allowing us to understand that our needs are never conflicting, only our communicative strategies.

Furthermore, we addressed the issue of emotional exhaustion or commonly called burnout, focusing on the importance of prevention and the aspect of setting your own limits, while benefiting from support in the workplace and the investment of time in activities outside the workplace.

Another important aspect of the workshops was to try putting ourselves in the mental state of those who migrate. In doing so, we reflected on the difficulties and the existing challenges undertaking the migration journey, the risk factors for mental health in the various phases of transit (before, during and after), the disorientation and uncertainty of those who find themselves in an unknown territory not being familiar with the linguistic and cultural reference codes. During this reflection process, we tried to understand the emotions and feelings experienced by those who move to new places, realizing that the inclusion process is not at all immediate, and that it is necessary to live through numerous phases before becoming aware of the customs, rules reference codes etc. of that new place.

Last but not least, we explored what the encounter with the “other” activates within us, recognizing the complexities of an intercultural relationship, which by its nature consists of conflictual situations, misunderstandings (the so-called “Critical Incidents”, a theory developed by Margalit Cohen-Emerique). Through the analysis of the different individuals’ experiences and the methodology of Critical Incidents we analysed the essence of culture shock and that of the “Iceberg of Culture”.

This method of analysis has allowed us to reflect on ways to discover the place in which the “other” is not only observed, described (often in a stereotypical way) and known, but “becomes part of a dynamic and interactive relationship” (Portera, 2013)[2].

In order to achieve this goal, it is necessary to build a “third space” of trust and reciprocal transformation in which everyone needs to be available for mutual change.

Investing in education for the intercultural competences means becoming promoters of interactions that take into account in the best possible way the identities of the individuals involved, while resisting to the need for closing up to ourselves and remaining in the dialogue. 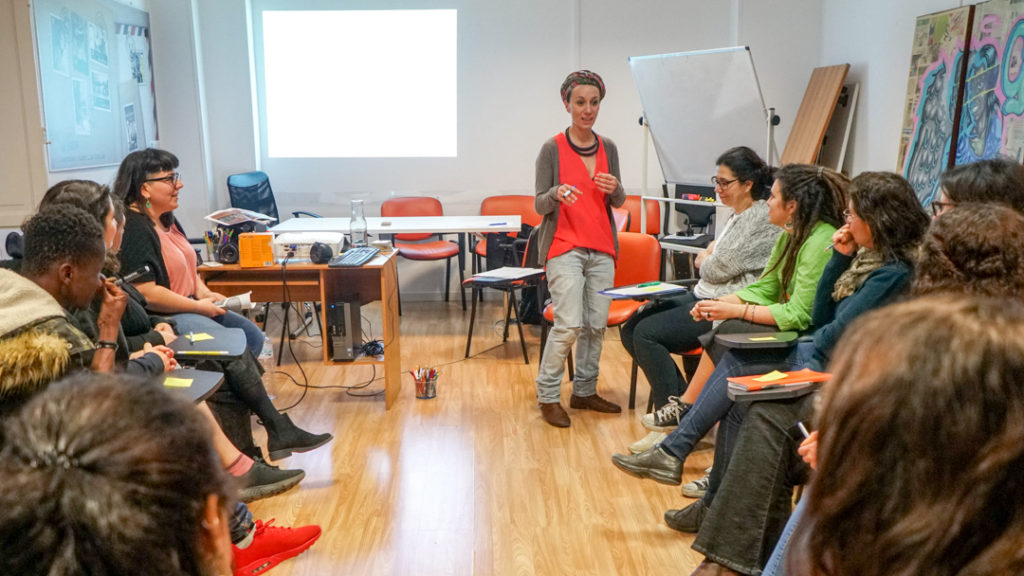 Training courses on intercultural sensitivity are valuable tools not only for professionals working in environments with a lot of diversity such as the migration field, but for all citizens. Those who welcome the “other” and those who arrive as the “other”, with the objective of achieving real and reciprocal construction of an intercultural society.